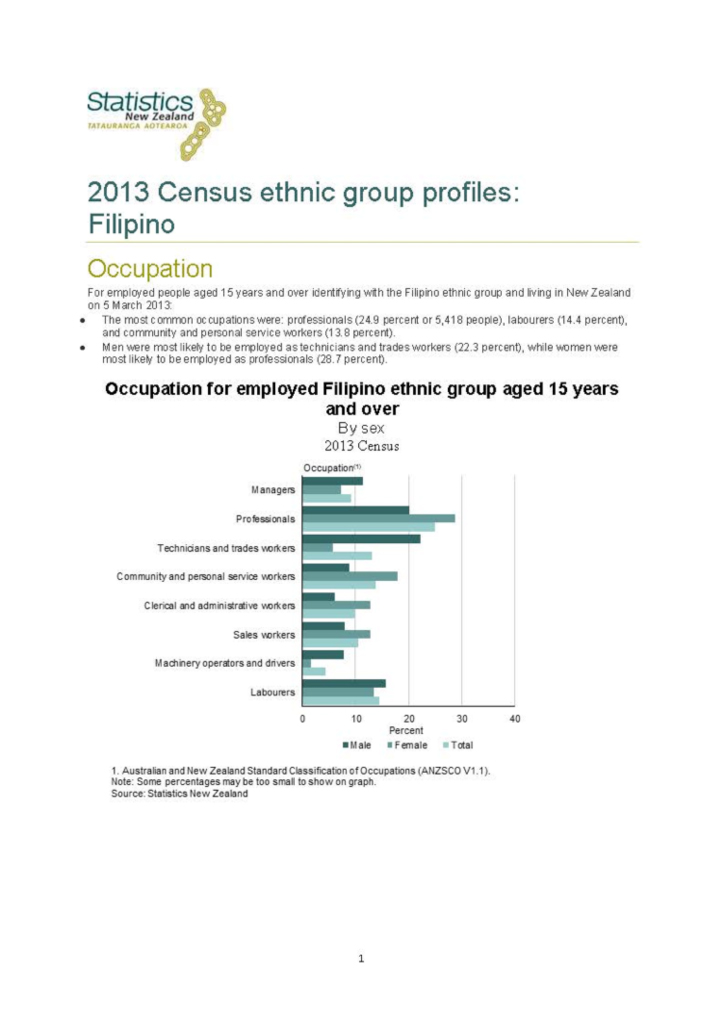 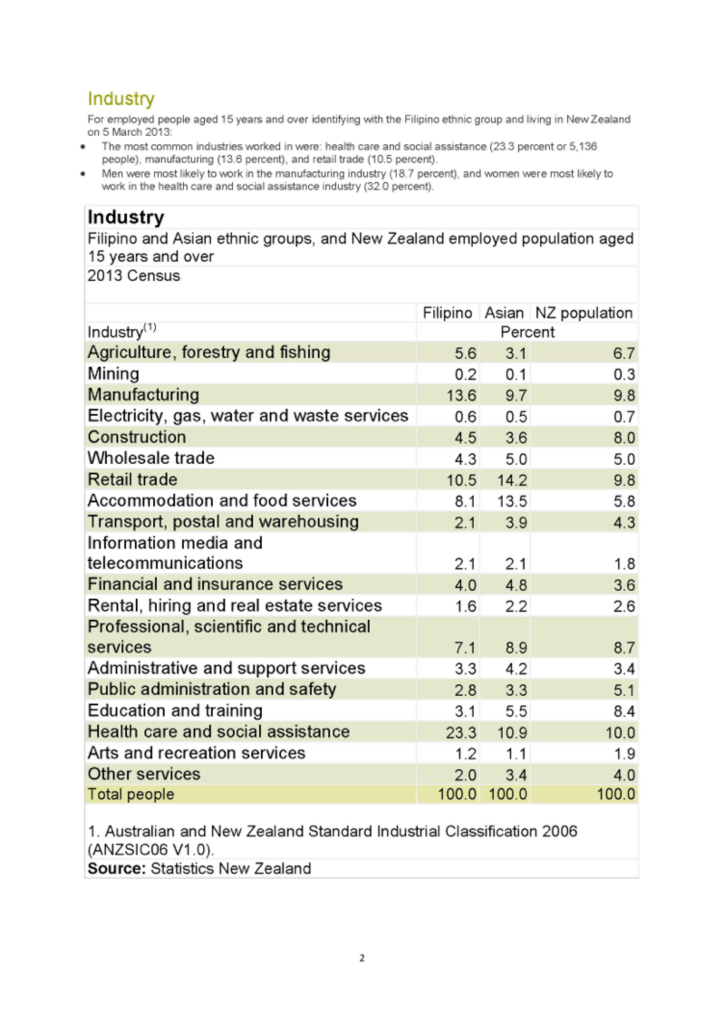 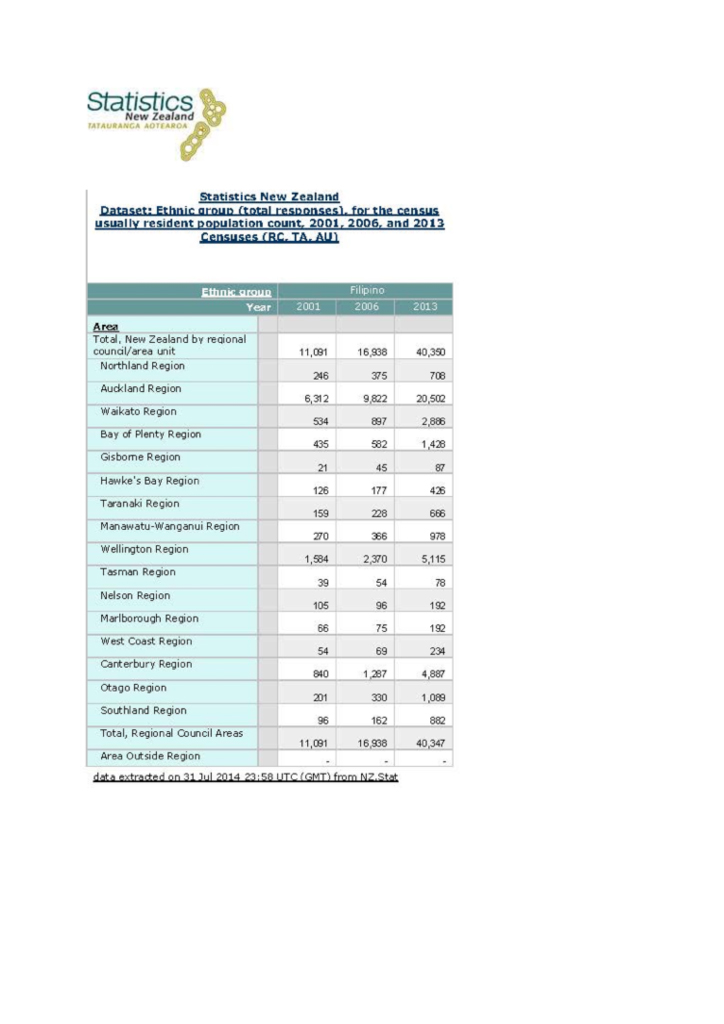 Please be informed that according to Statistics New Zealand’s 2013 Census of Population and Dwellings conducted on 05 March 2013, the total number of Filipinos now in New Zealand comprises 40,347 people or 1.0 percent of New Zealand’s total population. Filipinos rose as the third largest Asian ethnic group after the Chinese and Indian ethnic groups. According to Statistics New Zealand, during the seven-year period between censuses from 2006 to 2013, the Filipino population increased by 138.2 percent. This compares with an increase of 52.7 percent between 2001 and 2006.

For people identifying with the Filipino ethnic group living in New Zealand on 5 March 2013: