“The establishment of the POLO in the city of Wellington is proof of President Duterte’s concern for our Overseas Filipinos, our “Bagong Bayani” (New Heroes) - who have toiled for our country and helped with its progress,” stated Secretary Bello in his remarks.

POEA Administrator Olalia noted that, “There is a sizeable number of Filipinos here in New Zealand, which is why we will try to respond to all their needs and all their problems related to overseas employment.”

Ambassador Domingo added, “This is a historic and major step forward, as all of the services needed by the Filipino workforce, which normally would be availed of through POLO Canberra, will now be available in Wellington.”

Veteran Labour Attaché Angel L. Borja Jr. heads the POLO, which will be temporarily based at the Philippine Embassy in Thorndon, Wellington and will then move to its own premises nearby. Mr. Borja will also be joined by a Welfare Officer from the Overseas Workers’ Welfare Administration (OWWA). POLO Wellington will take over from POLO Canberra in providing DOLE services for New Zealand, and the Pacific Island Countries (PICs) of Cook Islands, Fiji, Samoa and Tonga. 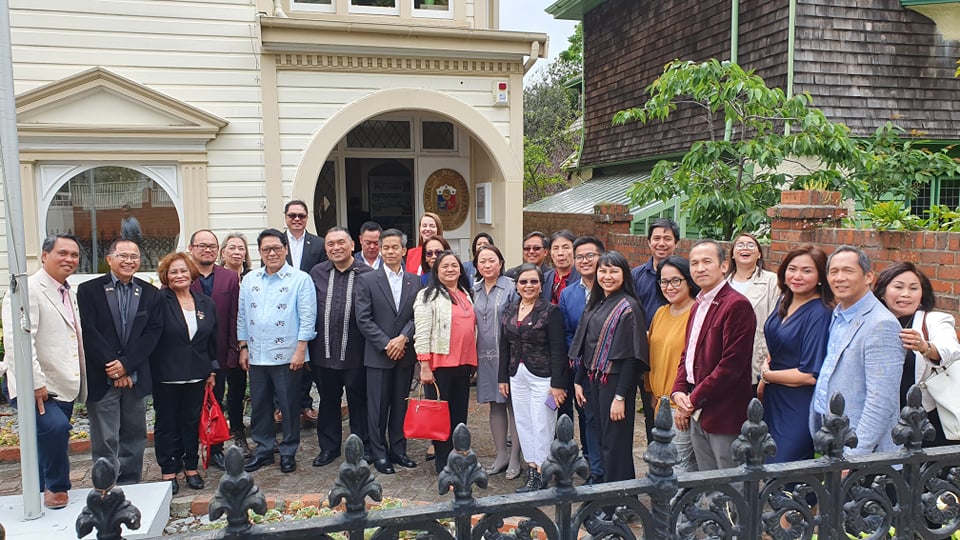 With close to 80,000 Filipinos in New Zealand and the PICs, the establishment of POLO Wellington will be of great benefit to the region’s Overseas Filipinos who lead in the sectors of health care, hospitality, agriculture, horticulture and viticulture, telecommunications and construction.