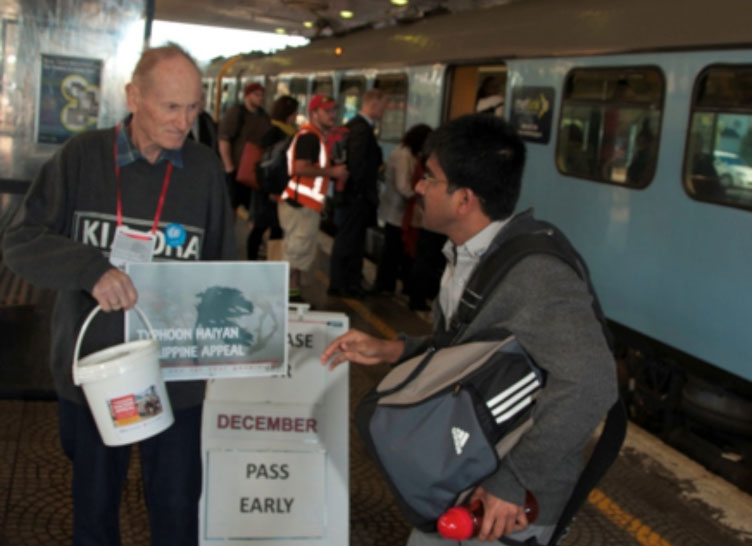 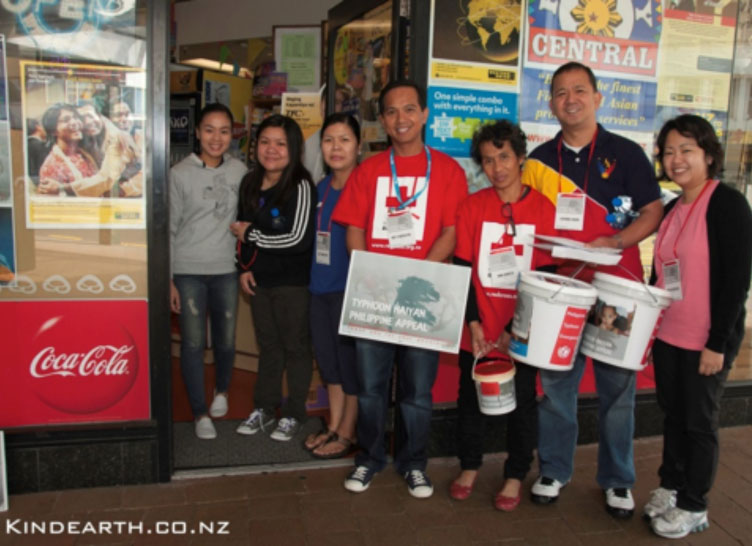 In the wake of the devastating Super Typhoon Haiyan/Yolanda which hit the Philippines on 08 November 2013, members of the Filipino community immediately mobilized themselves in a concerted effort to help fellow kababayans affected by the typhoon. Filipinos from the Greater Wellington Area appealed to fellow Filipinos, New Zealanders and the public to support the Typhoon Haiyan Philippine Appeal. A major event for the Philippine Appeal was a simultaneous Street Appeal in Wellington, Lower Hutt and Porirua which was held on 21 November 2013. 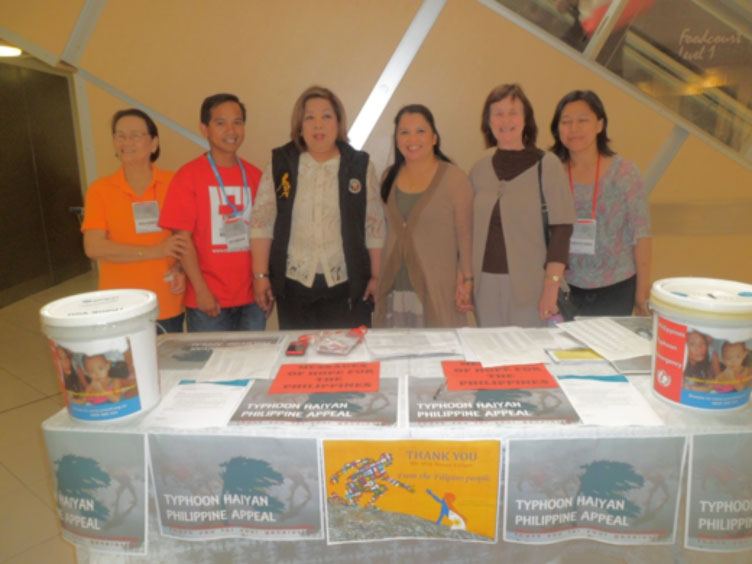 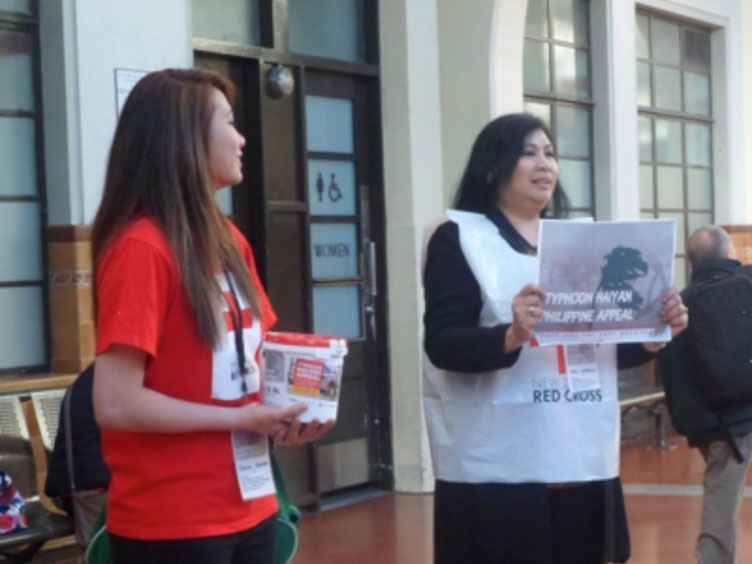 Organized by the Filipino organizations, individuals and community groups in the Wellington area, and spearheaded by the Federation of Filipino Associations, Societies and Clubs in New Zealand Inc. (FFASCNZ Inc.) in conjunction with the Philippine Embassy, the Street Appeals gathered together 190 volunteers, made up of Filipinos, New Zealanders, and other nationalities who generously volunteered their time and effort to help collect donations for victims of Typhoon Haiyan in designated areas in Wellington such as the Railway Station, bus station, New World supermarkets, several streets in Lambton Quay and Thorndon. In Lower Hutt, volunteers concentrated their efforts inside the Queensgate Mall, on Queens St., Jackson St., High St. and several areas in Petone. Porirua volunteers were stationed at Cobham Court.

Mayor Celia Wade Brown and the Wellington City Council so kindly gave the necessary clearances to enable the Filipino community to hold the Street Appeal right away.

Ambassador Virginia H. Benavidez supported the Street Appeal by visiting the different areas and providing encouragement to the volunteers. Ambassador Benavidez was also interviewed by TV One at the Railway Station in Wellington regarding the Street Appeal and other efforts by the Filipino community to raise funds for donations for the victims of Typhoon Haiyan/Yolanda. She conveyed the gratitude of the Philippine government and the Filipino people for the generous contributions of the New Zealand government for relief operations in the disaster stricken areas, the deployment of a C-130 plane for logistical support, expressions of sympathy and solidarity from Prime Minister John Key, members of Parliament and national and local leaders, assistance in providing disaster management expertise, the New Zealand public throughout the North and South Islands who are undertaking incredible fund raising drives in local councils, private companies, schools, media, civic clubs, multicultural groups, individuals, families, churches, associations and organizations, celebrities, Red Cross, UNICEF, Caritas, Save the Children New Zealand, among others, and in every sector of New Zealand society. “Thank you New Zealand for the mounting groundswell of sympathy, support and solidarity. You are truly a close friend and valued partner who knows and feels how it is to go through a massive disaster and undertake the hugely enormous tasks of reconstruction, rehabilitation and rebuilding. Engraved in our hearts are your prayers and messages to the Filipino people of Kia Kaha (Be strong) Arohanui, (With great love) and Taiki e (We are one),” Ambassador Benavidez said.

The 21 November 2013 simultaneous Street Appeals in Wellington, Lower Hutt, and Porirua garnered a total amount of NZ$55,383.80, according to the official count of Westpac NZ. All funds raised will be donated equally among the Red Cross, UNICEF and Caritas. “New Zealanders, foreigners and the public generously gave from their pockets and shared graciously from their hearts. It was truly overflowing, outpouring and overwhelming! We are forever grateful,” Ambassador Benavidez stated.