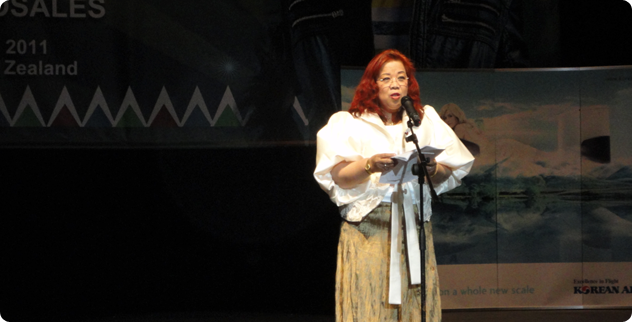 Ambassador Virginia H. Benavidez delivering her message to Filipinos from all over New Zealand and foreign guests during the Cultural Night and Talent Show of the Pistang Pilipino 201 sa Hamilton, the annual Labor Weekend Reunion of Filipinos in New Zealand, held in the City of Hamilton on 21-23 October 2011.

Philippine Ambassador Virginia H. Benavidez led the Philippine Embassy team to join hundreds of Filipinos in Hamilton and other parts of New Zealand in the Filipino Grand Reunion celebrating Labour Day on 22-24 October 2011. This year’s “2011 Pistang Pilipino sa Hamilton,” hosted by the Waikato Filipino Association was attended by thousands of Filipinos from many parts of New Zealand. Hamilton is the fourth largest city in New Zealand and home to about 1,500 Filipinos. Taking advantage of the presence of a sizeable number of Filipinos and responding to the repeated calls from the Filipino community for the delivery of much needed consular services in areas where they are staying, Ambassador Benavidez headed an eight member consular team who conducted the first ever mobile consular services for the benefit of the members of the Filipino community and their families in Hamilton, New Zealand on 21-23 October 2011. Dubbed “The Philippine Embassy in New Zealand: Serving with a Smile, Going the Extra Mile and Reaching Beyond Our Grasp” mobile consular services, a total of two hundred forty-one (241) Filipinos availed of the consular services covering passport renewal/issuance, authentication/notarials, NBI fingerprinting and dual citizenship acquisition.

Speaking before a large Filipino gathering last 22 October, Ambassador Benavidez emphasized the significance of celebrating Labour Day in a special way in New Zealand every year, to honour and recognize the invaluable contributions of millions of people who contribute to nation building through their hard work and sacrificial service and paid tribute to the overseas Filipino workers and the members of the Filipino community who continue to be, in the life of the Filipino nation, major players in ensuring the Philippines’ economic and social stability. “As your new Ambassador to New Zealand, let me say from the bottom of my heart that you all make us proud of being Filipinos and your achievements in various work sectors and professions. From homes, families, farms, dairies and services to businesses, healthcare, information technology, management, education, finance, crewing, infrastructures and other areas, you all exhibit the Filipino spirit of dedication, self-sacrifice, courage and professional commitment. Though far from home, your dedication to your families, your love for our country and our culture and your concern for the future of our nation are values that form indelible links between you and those you left behind in our homeland,” Ambassador Benavidez stated. 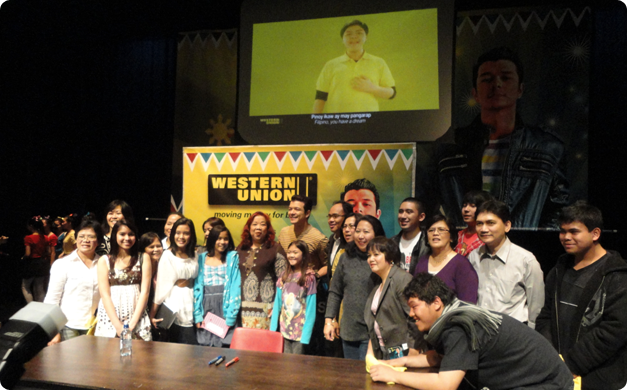 Philippine Embassy staff and their families join Ambassador Virginia H. Benavidez(center) during a photo session with Filipino star Jericho Rosales (left of the Ambassador), the guest entertainer of the 2011 Labor Weekend Reunion of Filipinos in New Zealand brought to Hamilton by the Western Union, the event's main sponsor.

She also pointed out that the proven and widely acknowledged talent, creativity, excellence, industry, competence and contributions of more than 35,000 Filipinos to the national development programs of the Philippines and New Zealand continue to earn distinct recognition for the Filipinos’ work ethics, culture and heritage. The Filipinos are a testament to the strengths of Philippines-New Zealand relations and an integral part of the deep and abiding people-to-people ties the Philippines continue to enjoy with New Zealand through all these years and beyond. The global community of overseas Filipinos is important not only through its size and magnitude but because of their valuable contributions and services to their host communities and to the Philippines and their efforts to showcase the Philippines as home to world-class talents.

Ambassador Benavidez assured the Filipino community of the Philippine government’s commitment, concern and cooperation to render full support and assistance in the areas of welfare and protection. As Ambassador Benavidez stressed, “the Department of Foreign Affairs and the Philippine Embassy are here for you 24/7, serving you with a smile, going the extra mile and reaching beyond our grasp”. This is why for the very first time the Philippine Embassy has launched its first outreach consular services in Hamilton to be followed by similar mobile services to Ashburton, Auckland, Christchurch and other parts of New Zealand. Ambassador Benavidez also shared with the Filipino community the surge of confidence and new found hope and trust in the Government of President Benigno S. Aquino III who has launched an anti-corruption campaign, promotion of accountability, transparency and integrity in business transactions and allocation of more than 30% of the national budget to social services, education and health aimed at alleviating poverty in the country. Furthermore, the economy has managed to post surpluses in the current account which has increased the country’s foreign reserves to US $75 billion. As a result, the Government will frontload its foreign debt thereby reducing the country’s external debt. All these favourable developments resulted in four positive upgrades in the credit ratings by global credit agencies over the past fifteen months as well as an increase by ten notches of the Philippines’ economic competitiveness by the World Economic Forum. Likewise, the World Bank commended the Philippines for the President’s good governance and community-driven policies and programs. The President has directed the relevant government agencies to ensure that local and foreign investors will be encouraged to come to the Philippines because of the 5 Rs’- right project, right people, right cost, right quality and right on time. In the words of the President, the Philippines is now open for business and transparent and fair processes build investor’s confidence following the President’s priorities on inclusive growth and equitable progress.

Finally, Ambassador Benavidez exhorted the members of the Filipino community to unite and be part of the collective mission to help the Philippines as it takes off to greater economic heights. As the global Filipinos have travelled far to pursue their dreams of a better life for their families and loved ones and build their lives, career and work in New Zealand located thousands of miles away from the Philippines, they are all testaments to what Filipinos can do individually and to what can be done more together for our beloved country.

The Filipino community members were unanimous in reiterating their deep gratitude to the Philippine Government through the Philippine Embassy for rendering the much sought after consular services right where they are residing and working. For them, this marked improvement in the delivery of more effective and efficient services is a historic first in New Zealand and highlighted the Philippine Government’s priority and concern for their welfare and well-being as well as a distinct recognition of the vital roles and contributions of the global Filipinos to nation-building in the Philippines and New Zealand.

Hundreds of Filipinos were likewise treated to an afternoon of musical entertainment by well-known Filipino artist Jericho Rosales. Ambassador Benavidez thanked Mr. Gene Orejana, Community Consultant of the Western Union Company, and the Western Union for organizing a special concert to bring joy and delight to the members of the Filipino community and friends in Hamilton. 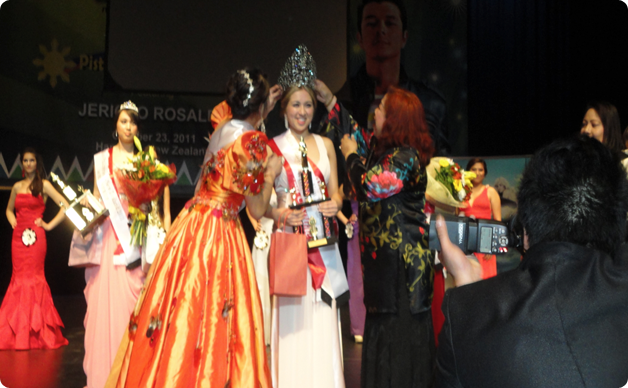