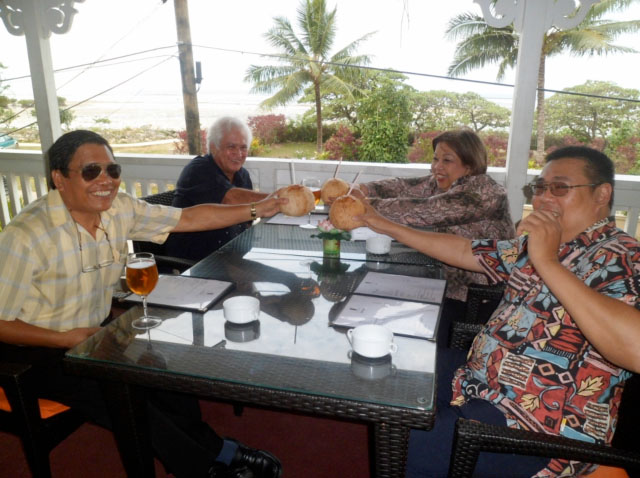 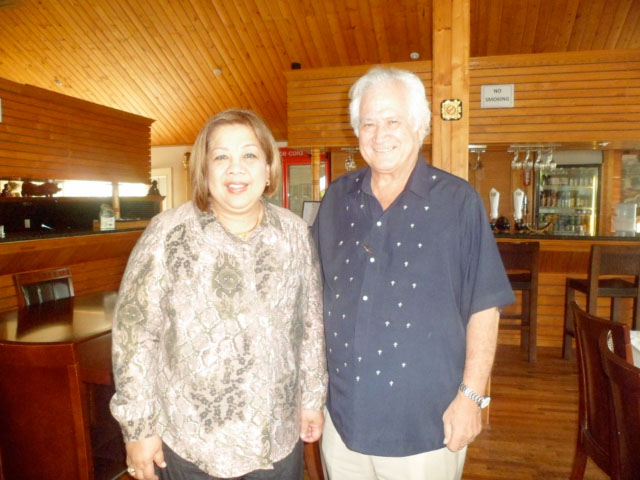 As the Philippine Embassy continues to reach out to the Filipino communities in New Zealand and in the Pacific countries under its jurisdiction, Ambassador Virginia H. Benavidez led the Philippine Embassy Mobile Consular Team composed of Vice Consul Glenn Joseph Obach and Ms. Ma. Victoria D. Reyes in conducting mobile consular services for the benefit of Filipinos in Tonga on 5-6 November 2013. Called “The Philippine Embassy in New Zealand: Serving with a Smile, Going the Extra Mile and Reaching beyond Our Grasp,” the mobile consular services in Tonga covered application and renewal of passports, notarial documentation, and registration of births and marriages services. 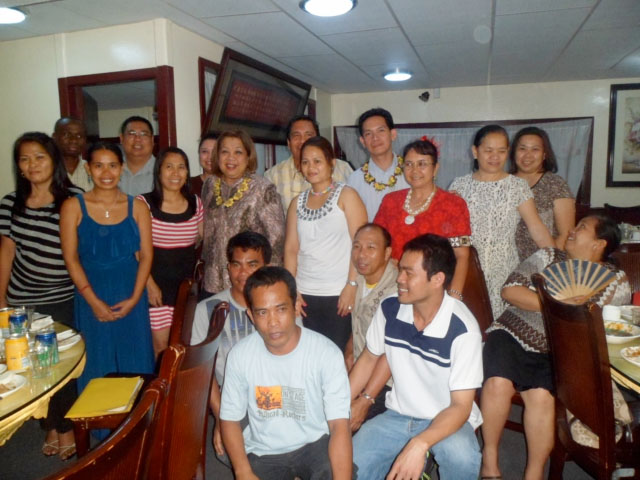 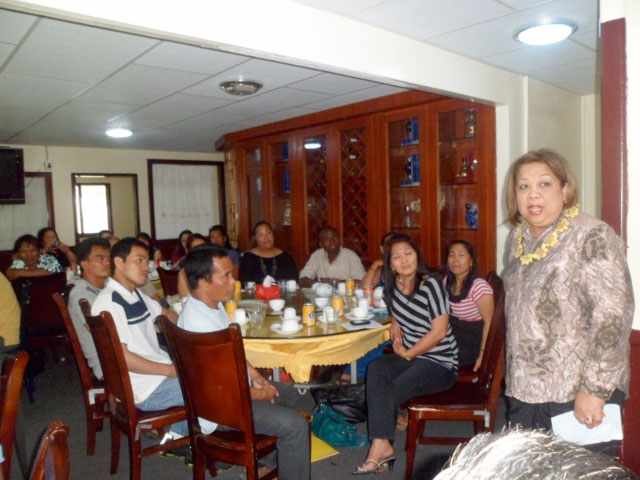 Filipinos have grown in number in Tonga, now estimated at around 80 to 100, and in their own way, continue to contribute to the country’s pursuit of development. They are involved in various jobs, as teachers, missionaries, divers, household service workers, tailors, accountants, entrepreneurs and government service workers.

Mr. Marcos Sionosa, Jr., President of the Association of Filipinos in Tonga, Inc. (AFTI), warmly welcomed Ambassador Benavidez and the Mobile Consular Team and introduced them to the Filipino community in a Fellowship Event on 4 November 2013. In her remarks, Ambassador Benavidez thanked the Filipino community for the warm welcome and attendance to that day’s occasion despite the observance of Tonga’s Constitution Day, a public holiday.

As with other Mobile Consular Services and as part of the Philippine Embassy’s continuing awareness program to make the Filipino community under the Embassy’s jurisdiction more resilient, proactive and prepared in the event of natural disasters, a Disaster Preparedness and Emergency Response Orientation was presented to the Filipinos gathered at the Fellowship Event. Mr. Leveni Aho, Director of Tonga’s National Emergency Management Office (NEMO), was invited to speak. He spoke about the fact that Tonga, like other Pacific islands, is vulnerable to natural calamities such as cyclones, earthquakes, floods, drought and volcanic eruptions. Being ranked among the world’s nations as the second most vulnerable to disasters, Mr. Aho said it is important for the communities in Tonga to be informed and to plan ahead, not to frighten them but to minimize the impact of these disasters. Community members must help each other when confronted with these events. Mr. Aho expressed appreciation to Ambassador Benavidez for the Philippine initiative of conducting this very relevant session on disaster preparedness.

The Filipino community members profusely reiterated their deep gratitude to the Philippine Government through the Philippine Embassy for rendering the much needed and sought after consular services right where they are residing and working as these saved them a considerable amount of money, time, day off and resources considering that it is extremely costly, inconvenient and difficult for all of them to go all the way to Wellington in New Zealand. The Philippine Embassy has always shared with the Filipino community the Philippine Government’s priority and concern for their welfare and well-being as the third major pillar of Philippine foreign policy. “In recognition of the vital roles and contributions of the global Filipinos to nation-building in the Philippines, New Zealand and the Pacific countries, the Philippine Embassy will continue to reach out to them through our mobile consular services and dialogue, demonstrate its caring and sharing spirit and bring the Embassy’s services closer to Filipinos here,” Ambassador Benavidez stated.

During her visit to Tonga, Ambassador Benavidez also had the opportunity to meet Lord Sevele of Vailahi, former Prime Minister of Tonga, over lunch on 4 November 2013. Lord Sevele, accompanied by Mr. Sionosa and Mr. Tundag, has close affinity with the Filipino community in Tonga.