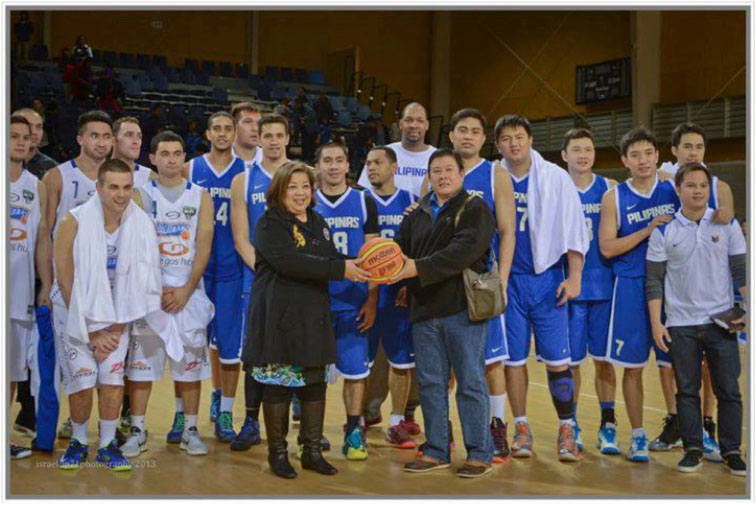 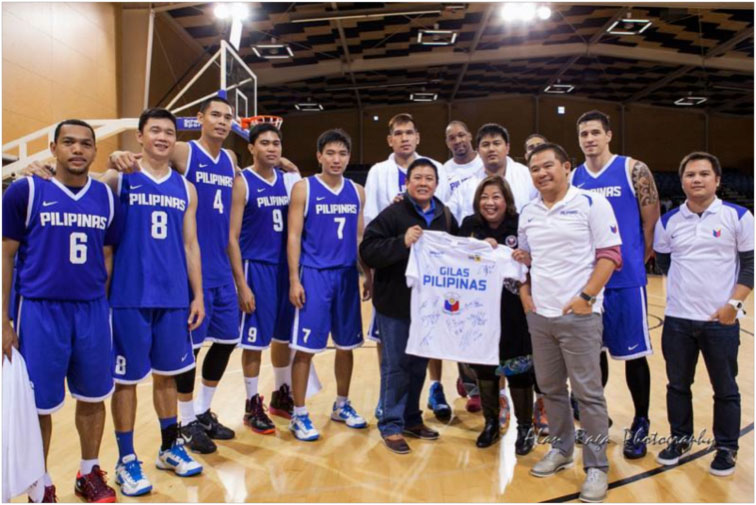 SMART GILAS PILIPINAS, the Philippine National Men’s Basketball Team, was in New Zealand for buildup games on 09-19 July 2013 to prepare for the FIBA Asia Championship in Manila on 1-11 August 2013. Upon arrival in New Zealand, SMART-GILAS went straight to Napier where the team had a 5-day basketball camp. They proceeded to Wellington on 15-17 July to play against the Wellington Saints and then flew to Auckland on the eve of 17 July to play against the Rangers and the Tall Blacks, New Zealand National Team on 18 July. The New Zealand tune-up games were the first time the team played together since the final 12 roster was announced by Coach Chot Reyes. The team returned to Manila on 19 July. 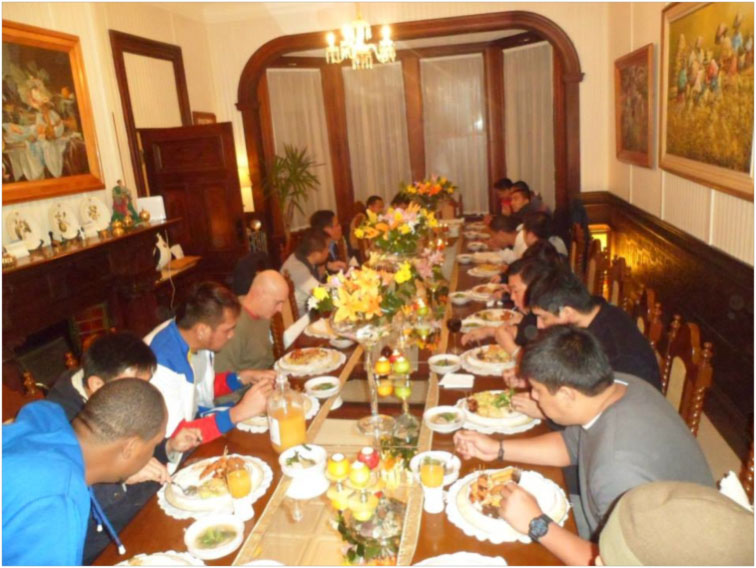 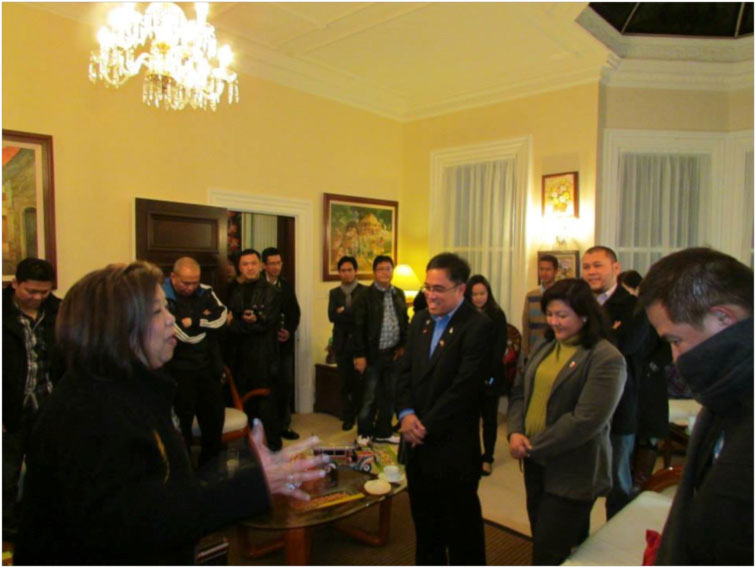 Everywhere they went, SMART-GILAS PILIPINAS received a rousing and exciting welcome, all out support, resounding applause and endless cheers from the Filipino community and basketball fans in New Zealand.

Ambassador Virginia H. Benavidez hosted a fellowship dinner in honour of the SMART-GILAS team at “Ang Bahay” (Philippine Ambassador’s residence) on 15 July 2013. In her welcoming remarks, Ambassador Benavidez stated that the presence of SMART GILAS PILIPINAS Team in New Zealand “brings great pride and honour to the Philippines and much excitement and delight to the Filipino community and basketball fans. Basketball is considered as one of our national passion, a centerpiece of our sports development program and an exhibition of our people’s prowess and excellent performance in sports. Through basketball, the Filipino sportsmen are a force to be reckoned with in national, regional and international arenas and become ambassadors of goodwill in promoting friendship and camaraderie. Please take with you our prayers, best wishes and cheers for greater success and victory in the forthcoming FIBA Asia Championships and all your future games.” Both Ambassador Benavidez and Coach Chot Reyes were so happy to meet each other again, this time in Wellington as they recalled the exciting basketball tournaments held in Brunei Darussalam and the enjoyable golf games they played with Filipino and Bruneian golfers a few years ago.

SMART GILAS PILIPINAS played against the Wellington Saints on 16 July at the Te Rauparaha Arena in Porirua. Ms. Melody Pagalilawan of the Wellington Filipino Choir gave a stirring rendition of the Philippine national anthem before the start of the games. Ambassador Benavidez, the Embassy officers, staff and families and thousands of Filipinos and friends from New Zealand turned up in full force to support and cheer for the Philippine national team. Basketball fans filled up the stadium and their cheers, shouts and applause reminiscent of basketball games played in Manila reverberated throughout the game. Several New Zealanders were amazed at how the Filipinos demonstrate their support and passion for basketball. They said it was one of the most popular and well attended games played in Wellington. Filipino fans lined up after the game to have their photos taken with the SMART GILAS Team.

The SMART GILAS PILIPINAS’ play schedule in New Zealand serve as the final push ahead for the 2013 FIBA Asia Championships.