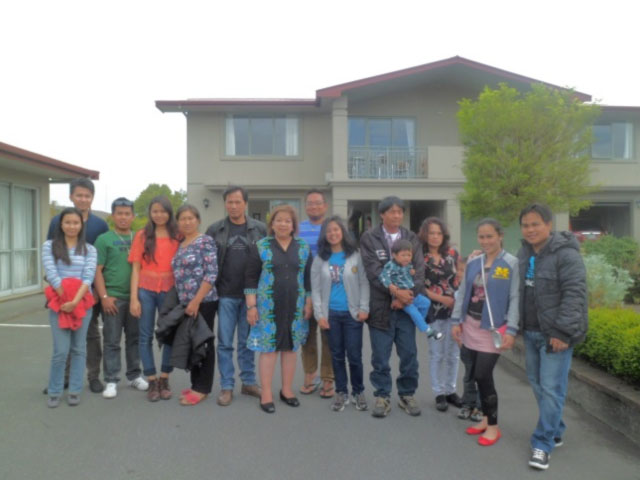 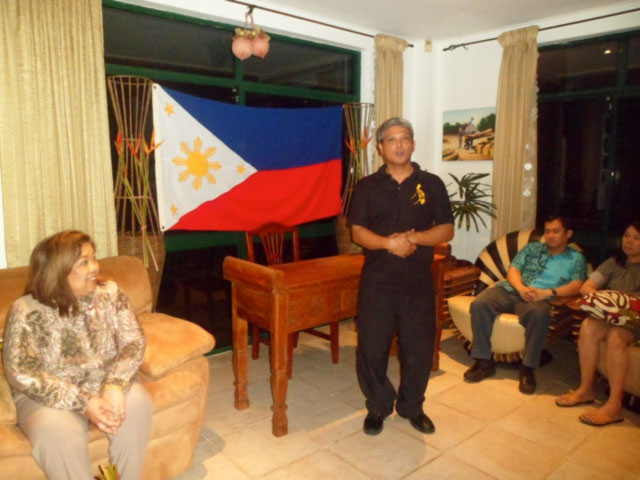 Now on its third year, the Philippine Embassy’s first ever consular services continue to effectively and efficiently serve Filipino communities throughout New Zealand and countries in the Pacific Islands under its jurisdiction. Called “The Philippine Embassy in New Zealand: Serving with a Smile, Going the Extra Mile and Reaching Beyond Our Grasp” mobile consular services, direct and on site consular missions started when Ambassador Virginia H. Benavidez assumed her post in September 2011. Since then, these outreach missions continue to concretely manifest the priority and importance being given by the Philippine Government to the welfare and well-being of global Filipinos. To date, the Philippine Embassy has conducted a total of twenty seven (27) mobile consular missions which brought immense benefits to 8,194 Filipinos in key places in the North and South Islands of New Zealand and in Tonga, Fiji, Samoa and Cook Islands. They availed of much needed services extended to 7,332 e-passport applicants, 244 notarial documentation, 198 NBI clearances, 185 report of birth, 93 report of marriage and 142 dual citizenship. 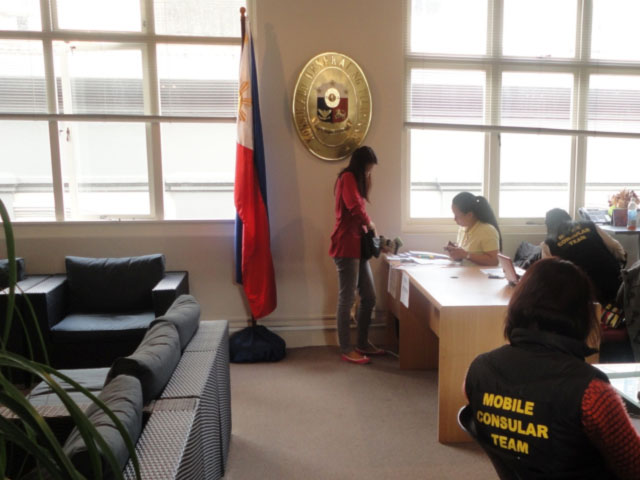 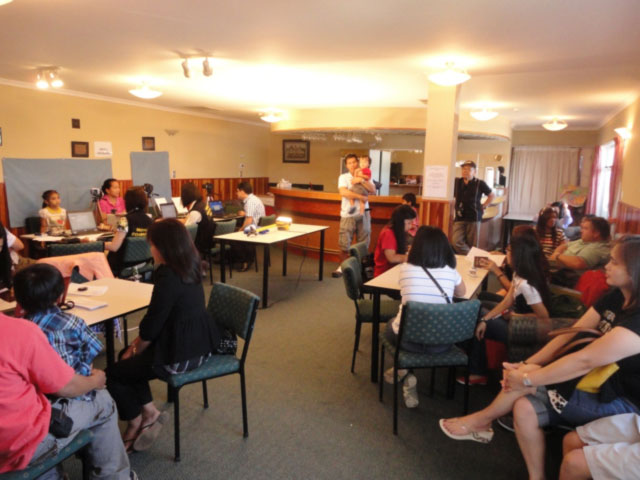 In 2013, the Philippine Embassy mobile consular team reached out to Filipinos in Taupo in January, Queenstown in April, Auckland in May, Oamaru in August, Fiji in September, Rotorua and Fiji in October, Tonga in November and Greymouth in December. In 2012, the mobile consular services were held in Christchurch and Auckland in January, Rotorua and Fiji in April, Auckland in May, Dunedin in August, Cook Islands, Whangarei and Auckland in September, Samoa and Auckland in November and Christchurch in December. In 2011, mobile consular services started for the first time in Hamilton in October, Ashburton, Invercargill and Auckland in November and Auckland and Tonga in December. In all of the cities visited by the Philippine Embassy, meetings and coordination were made with the respective Filipino community organizations and groups, namely, the Waikato Filipino Association in Hamilton, Filipino Dairy Workers of New Zealand, Incorporated in Ashburton, the Southland Filipino Community Club in Invercargill, Good Shepherd’s Church and the Garcia Law office in Auckland, Association of Filipinos in Tonga, the Alpha Phi Omega Aotearoa, Philippine Culture and Sports and Christchurch Migrants Centre Trust in Christchurch, the Philippine Club of Rotorua, Inc. and the Bay of Plenty Philippine Friendship Society in Rotorua, Filipino Association led by Honorary Consul Dr. Virgilio De Asa in Fiji, Dunedin Philippine Club, Inc., Filipino Community in Cook Islands, Whangarei Filipino Society, Inc., the Filipino Community in Samoa, Taupo Filipino community, Queenstown Association of Migrant Pinoys, Inc. (QAMPI), Philippine Consul General in Auckland, Association of Filipinos in Tonga and the Filipino community in Greymouth. “Their warm hospitality, invaluable support and exemplary cooperation have contributed immensely to a highly successful, productive and meaningful stay and service of the Embassy’s mobile consular team in the various cities in New Zealand and in Tonga, Fiji, Cook Islands and Samoa. Indeed, they are shining examples of the vital partnership between the Philippine Embassy and the Filipino communities in carrying out our GOD-given mission for our beloved country and people,” Ambassador Benavidez stat ed.

Wherever the mobile consular services are rendered, the Filipino community reiterated their deep gratitude to the Philippine Government through the Philippine Embassy for rendering the much needed and sought after consular services right where they are residing and working as these saved them a considerable amount of money, time, day off and resources. It would have been extremely costly, inconvenient and difficult for all of them to go all the way to Wellington to avail of consular services. “Super satisfied, fast service and very professional people, friendly environment, well-organized system, happy to serve attitude of the team, easy, accessible and fast service, accommodating and approachable staff and best government service I have ever been in,” were among the written feedback given by the Filipinos. The mobile consular missions highlighted the Philippine Government’s priority and concern for their welfare and well-being as well as a distinct recognition of the vital roles and contributions of the global Filipinos to nation-building in the Philippines, New Zealand and the Pacific Islandcountries.

In bringing its services on site and directly to the Filipino communities, Ambassador Benavidez was also able to meet the Filipinos and thank them for their invaluable support and continuing cooperation, reiterate deep appreciation for the outpouring of support, solidarity and sympathy for those affected by super typhoon Yolanda/Haiyan and the earthquakes in Cebu and Bohol, updated them on the unprecedented economic upgrades, positive international ratings and outstanding reputation of the Philippines now a favourite destination for investments and business and among the best performers in the ASEAN region, the reform agenda and good governance programmes of President Benigno S. Aquino III, enjoined them to participate in nation building through the overseas absentee voting process and dual citizenship acquisition, briefed them on the necessity of setting up a disaster preparedness and emergency response plan in coordination with the local authorities and agencies and reiterated the deep appreciation and recognition of New Zealand’s government and people for their skills, talents, sacrificial work ethics and services and ability to integrate themselves well with local communities throughout the country. Ambassador Benavidez also took advantage of the Philippine Embassy mobile consular missions and the Team’s presence in each city by calling on the Mayor, Members of Parliament, officers of the Migrant Centres, Multicultural Councils and Ethnic Affairs Offices to broaden networking, exchange insights and information about the Philippines and personally hear from them their feedback and views about the situation and contributions of the Filipino communities as well as by meeting with local chambers of commerce, businessmen, companies and relevant agencies and institutions to promote greater trade, investment, business, tourism and people to people ties between the Philippines, New Zealand and the Pacific Island countries under the Philippine Embassy’s jurisdiction.

To ensure that thousands more Filipinos are reached by the mobile consular services, the Philippine Embassy is set to go to Kerikeri, Blenheim, Auckland, Christchurch, Taranaki, Gore and other parts of the North and South Islands in 2014. Announcements on the dates, venue and other relevant details about the mobile consular services are posted at the Embassy’s website at wwww.philembassy.org.nz and facebook. Inquiries and appointments can also be made through the Philippine Embassy at telephone numbers (+644) 8903741/3742/3744 or email address embassy@wellington-pe.co.nz