Recognizing the role of women in Diplomacy

The Embassy observed International Women’s Day, in line with the Government’s Gender Advocacy and Development (GAD) program by renewing its commitment to advancing the role of women in diplomacy in particular, and in development in general.

The Embassy is actively engaged in the work of women’s diplomatic groups such as the Women’s Diplomatic Network, the Diplomatic Spouses’ Association, and the ASEAN Ladies’ Circle. This ensures that in addressing current day concerns in diplomacy which affect all regardless of gender, women become an important part of problem-solving, decision-making and implementation of programs. It is also pursuing new linkages with local agencies and organizations on women, among others, the UN Women National Committee Aotearoa, National Council of Women, and Human Rights Commission to be able to tap, most of all, their expertise on tackling gender issues specific to the country which also impact Filipino women migrants. For his part, Ambassador Jesus S. Domingo advocates the gender perspective in his role as Patron of the Wellington Multi-Cultural Council and in the Embassy’s Universal Diplomacy initiatives. 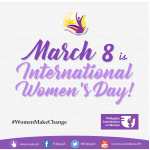 The Embassy has also integrated in its operations, the keen concern for the needs of women. For instance, along with persons with disabilities, March 8 - Women in Diplomacychildren, and the elderly, pregnant women are among the category of applicants availing of consular services who are given special attention. It also ensures that nursing mothers have appropriate breast-feeding stations and that women’s sanitation and hygiene requirements are addressed by ensuring that lavatories are accessible and available, whether in the permanent facilities of the chancery or temporary venues for consular missions. The Embassy likewise provides critical services, through its Assistance-To-Nationals functions, that deal with domestic abuse and violence as well as abandonment and child support. Thus, every day is International Womens’ Day for Wellington PE.