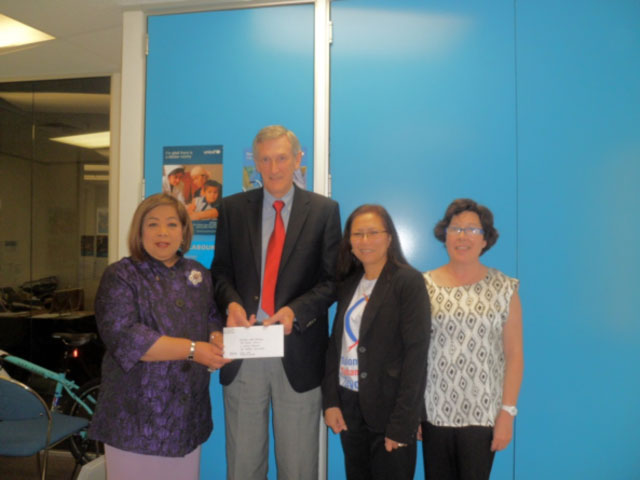 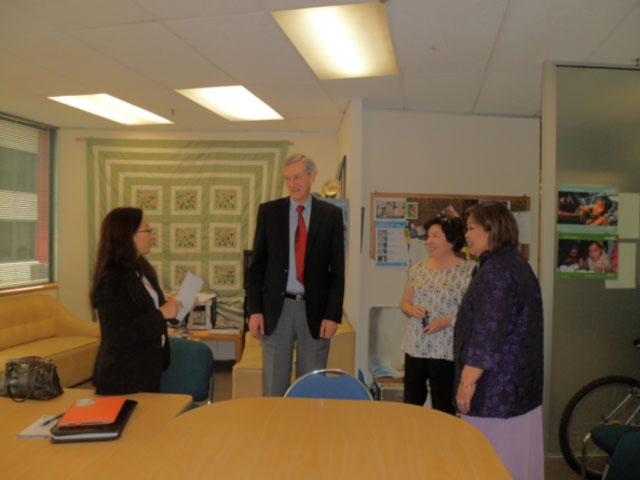 The Filipino community in New Zealand, Filipino organizations, individuals and community groups in the Wellington area, spearheaded by the Federation of Filipino Associations, Societies and Clubs in New Zealand Inc. (FFASCNZ Inc.) in conjunction with the Philippine Embassy, held a simultaneous Street Appeal in Wellington, Lower Hutt and Porirua on 21 November 2013 and a Special Concert at the Wellington’s Civic Square on 23 November 2013 to raise funds for those affected by Typhoon Haiyan/Yolanda. 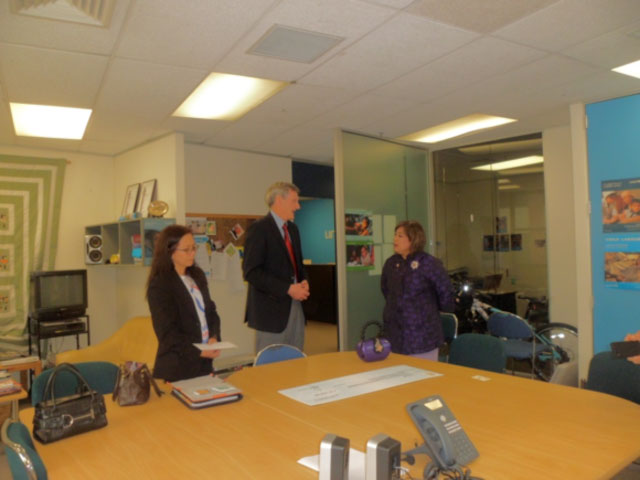 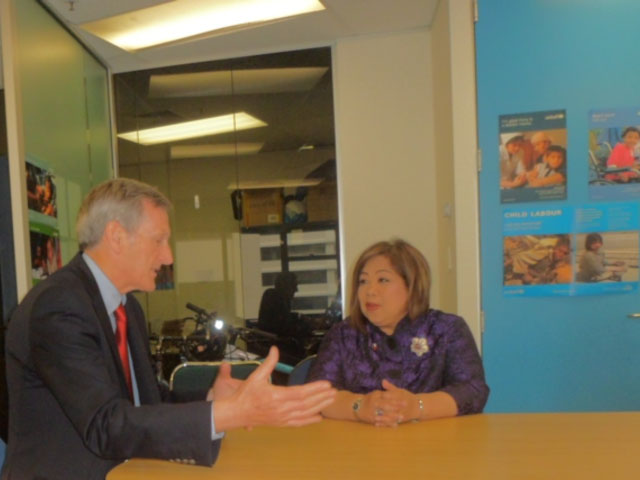 Filipinos from the Wellington Greater Area appealed to fellow Filipinos, New Zealanders, people from other countries and the general public to support the Typhoon Haiyan Philippine Appeal. An overwhelming and outpouring of generosity and solidarity garnered a total of NZ$55,383,80 during the simultaneous Street Appeal and NZ$3,562.60 during the Special Concert at the Wellington Civic Square, according to the official count of Westpac NZ. People generously gave from their pockets and shared graciously from their hearts.

All funds raised were donated equally among the Red Cross, UNICEF and Caritas. On 04 December 2013. Ambassador Virginia H. Benavidez and Consul Arlene Gonzales-Macaisa witnessed the presentation of a check from FFASCNZ Secretary Ms. Rolyn Demafiles, in the amount of NZ$19,694.48 to Mr. Dennis McKinlay, Executive Director of UNICEF NZ, and Ms. Ellen Voller, Fundraising Director of UNICEF NZ.

Mr. Dennis McKinlay, Executive Director at UNICEF NZ, said “I would like to acknowledge the strong support from the Philippine Embassy and Filipino community, who have worked very hard to stage a series of successful fundraising events. A huge thank-you must go to them and to everyone who has donated or given support to UNICEF NZ and affected families in the Philippines. Every dollar donated has an impact for affected children and families, so this generous contribution to our Appeal will make a significant difference.”

Ambassador Virginia H. Benavidez stated that the Government and People of the Philippines will always remember the assistance, concern and care that UNICEF NZ has always demonstrated especially in the aftermath of major disasters. “Thank you New Zealand for the mounting groundswell of sympathy, support and solidarity. You are truly a close friend and valued partner who knows, feels and understands how it is to go through a massive disaster and undertake the hugely enormous tasks of reconstruction, rehabilitation and rebuilding. Engraved in our hearts are your prayers and messages to the Filipino people of Kia Kaha (Be strong), Arohanui (With great love) and Taiki e (We are one),” Ambassador Benavidez stated.

Mr. McKinlay and Ms. Voller informed Ambassador Benavidez of UNICEF’s fundraising and humanitarian efforts in the Philippines in the wake of Typhoon Haiyan. UNICEF NZ has raised NZ$1.9 million as of 04 December 2013. It has worked with the Filipino Government and other partners to restore water supply to the city of Tacloban. UNICEF is also sending school kits called “School in a Box”, which is a complete set of teaching materials that can be used anywhere, to Central Philippines which will help bring a sense of normalcy to children whose schools have been destroyed by the typhoon. UNICEF and partners are also providing safe spaces for children and helping to trace families.

UNICEF’s assistance and emergency response in the Philippines is being led by New Zealander Angela Kearney, UNICEF’s Representative in Indonesia. The team, on the ground in areas including Tacloban, Ormoc, Aklan, Cebu and Capiz, is working around the clock to provide supplies such as hygiene kits, medicines, water purification tables, water tanks, and getting water and sanitation systems operational. To donate to UNICEF NZ’s appeal for the Philippines, go to: www.unicef.org.nz/philippines