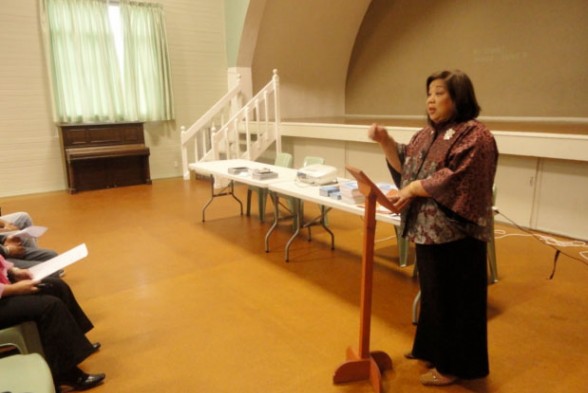 Presented by the Philippine Embassy and the Philippine Honorary Consulate General, an Orientation Seminar for Filipinos in Auckland was held on 25 May 2013 at the Good Shepherd Church Hall, in Balmoral, Auckland. This marked the start of a series of activities celebrating the 115th anniversary of the proclamation of Philippine Independence. The first ever orientation seminar was aimed at providing Filipinos with useful, relevant and up-to-date information on several aspects about living in New Zealand.

Philippine Honorary Vice Consul Virginia Russell welcomed the participants from all over Auckland and neighboring areas who eagerly attended the event despite the heavy rain that afternoon. In her welcome remarks, Philippine Ambassador Virginia H. Benavidez reiterated the importance of being informed of the laws, regulations and systems of the different sectors in the adopted country, as well as seeking assistance from appropriate agencies to avoid expending of unnecessary resources and to prevent future problems and complications.

Mr. Brendon Hickey, Libraries Adviser-Multicultural Service Development, was the speaker from Auckland Council. He said that through Auckland Libraries membership, settling into New Zealand and the Kiwi workplace will be more successful, with the accessibility and wealth of information available in the library. As well as lending books, DVDs, magazines and newspapers in many different languages (including from the Philippines), the library offers a wide range of free programmes, events and activities for the whole family.

The event was such a success. Participants were enriched with more information on a number of areas that impact on their lives as migrants, workers or students, paving the way to a smoother move to New Zealand. With the positive feedback and recurring requests from the participants and other Filipinos to hold another similar event, the second and third orientation seminars are scheduled to be held in the second half of 2013.