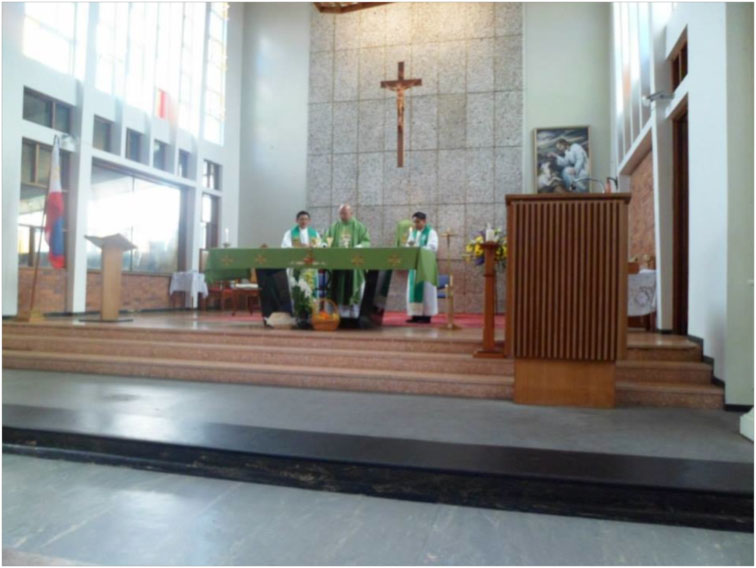 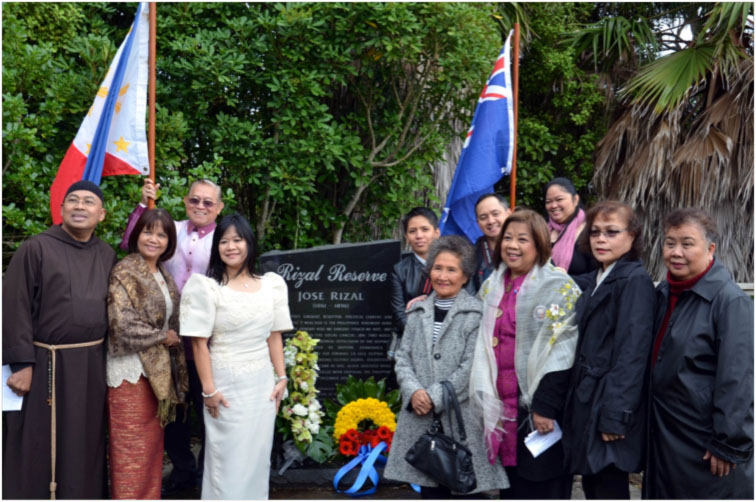 Philippine Ambassador to New Zealand Virginia H. Benavidez joined the celebrations for the 115th Anniversary for the Proclamation of Philippine Independence organized by the Council of Auckland Philippine Organisations, Inc (CAPO) in conjunction with the Federation of Filipino Associations, Societies and Clubs in New Zealand, Inc. (FFASCNZI) and participated by different Filipino community organizations in Auckland, New Zealand. On 15 June 2013, there was the Wreath Laying Ceremony at the “Rizal Reserve” Corregidor Place, Wingate Subdivision, Avondale, Auckland. The Rizal Reserve, inaugurated on 5 July 1998 as part of the celebrations marking the Centennial of the Proclamation of Philippine Independence, is a proud testimony to the greatness of the Filipino and the closeness of Philippines-New Zealand ties. In writing the history of Rizal Reserve, former Philippine Honorary Consul-General Graeme Dabb said that the Rizal Reserve, comprising 1.2479 hectares, 732 metres long and 20 metres wide, was made possible through the invaluable assistance of then Mayor of Auckland, His Worship Mr. Les Mills who positively considered the request of the Philippine Ambassador in 1997, the late Alicia Ramos for a marker or shrine in honour of Dr. Jose P. Rizal, the Philippines’ national hero to commemorate a significant event in Philippine history with the participation of New Zealanders. Extensive collaboration and close cooperation followed among Councillor John Stevens, Chairman of City Promotions, former Honorary Consul General Graeme Dabb who was a member of the Avondale Community Board, Mr. Vern Walsh, Chairman of the Avondale Community Board, Mr. Steven McDowell, Ward Manager who liaised with the Council staff for a possible location of a walkway or reserve, Ms. Dawn Bardsley, Neighbourhood Parks Officer who suggested the new esplanade reserve at the bottom of Wingate Street, Mr. Al Gaerlan, Chairman of the Centennial Committee, Ms Virginia Araneta-Russell, Head of the Rizal Reserve Committee who worked with the Avondale Community Board and Auckland City Council and obtained 60 trees and raised funds for the Rizal monument. She was assisted by Architect Rene Dino who designed the monument and viewing platform and Prince Manuel who helped in the tree planting. To date, she continues to coordinate the ongoing development of Rizal Reserve. 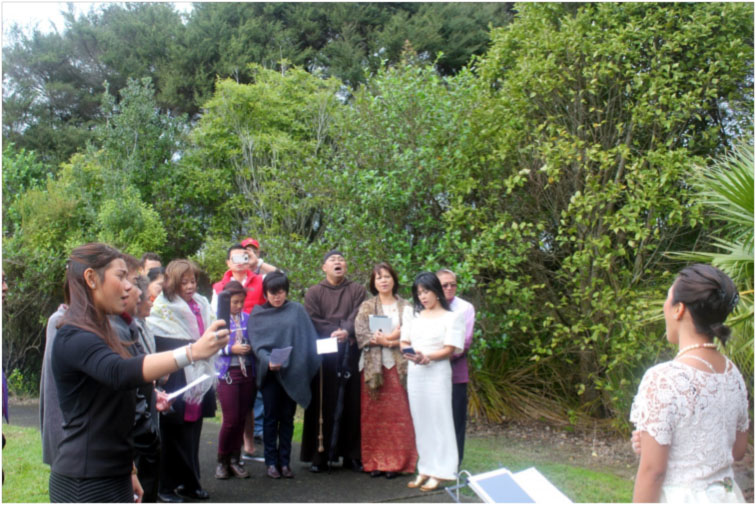 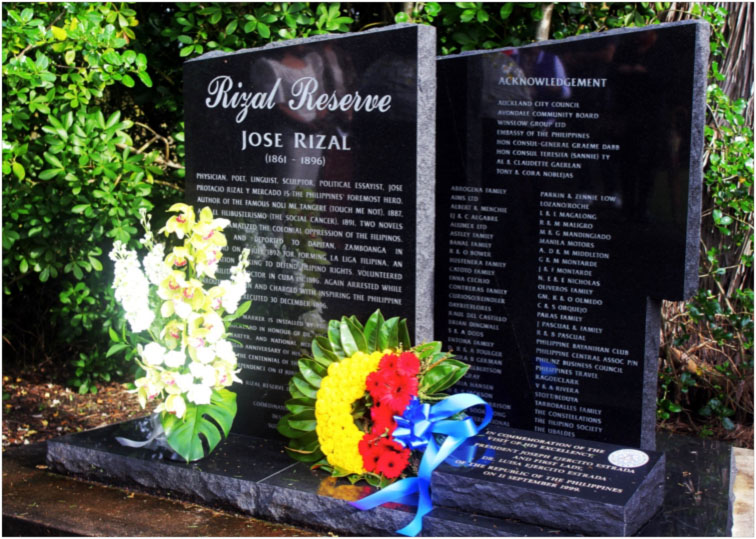 In her remarks, Ambassador Benavidez highlighted the precious legacy of Dr. Jose Rizal and called on the members of the Filipino community to engrave in their hearts the heroism, sacrifices and contributions of the country’s national hero. “The Rizal Reserve and the wreath laying ceremony are fitting tributes to the memory of our national hero whose life and works stoked the fires of nationalism and sparked the spirit of liberation. Dr. Jose Rizal would have felt at home in New Zealand who shares the values we hold dear to our hearts – the love for family, good governance, freedom, democracy and the rule of law,” Ambassador Benavidez stated. She thanked the Filipino community leaders and members for organizing this yearly significant event as one of the meaningful and moving celebrations of the Philippines’ national birthday.

Ambassador Virginia H. Benavidez attended the Philippine Independence Mass concelebrated by Fr. Mario Dorado, Fr. Larry Rustia and Fr. Gilbert Ramos at the Good Shepherd Church, Balmoral, Auckland. In her speech, Ambassador Benavidez highlighted the meaning and significance of this year’s theme, “Kalayaan 2013: Ambagan tungo sa Malawakang Kaunlaran,” or “Independence Day 2013: Pitching In towards Inclusive Growth” reiterating the prevailing spirit of unity and togetherness to help accelerate the Philippines’ sustained march towards shared prosperity and demonstrate the Filipinos' excellence and resiliency to confront global challenges. She shared the unprecedented economic success and growth of the Philippines despite the global economic slowdown, and the affirmation of global and domestic confidence in the Philippines now enjoying the dividends of good governance and reform agenda of President Benigno S. Aquino III. His administration’s dictum of “good governance is good economics” is anchored on the promotion of a culture of integrity, honesty, accountability and transparency and the continuing fight against corruption and poverty instituted across all levels of government. She called on Filipinos in New Zealand to continue helping make a distinctive and positive difference in people’s lives through their support to their families back home, livelihood, education, environment, good governance, Filipino products and investments. She conveyed her deep appreciation to the officiating Filipino priests, Ms. Dadai Norman of the Auckland Catholic Filipino Chaplaincy, the readers, offerors, the Filipino choir and all those who helped in arranging the Philippine Independence Day Mass.