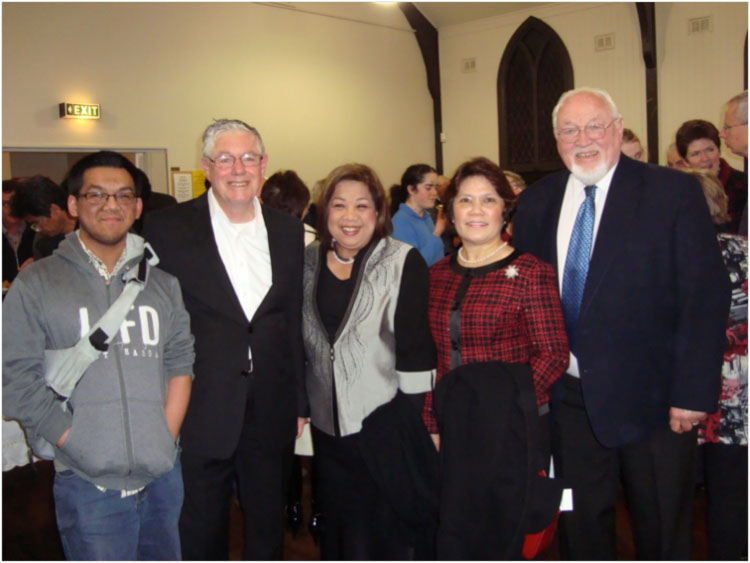 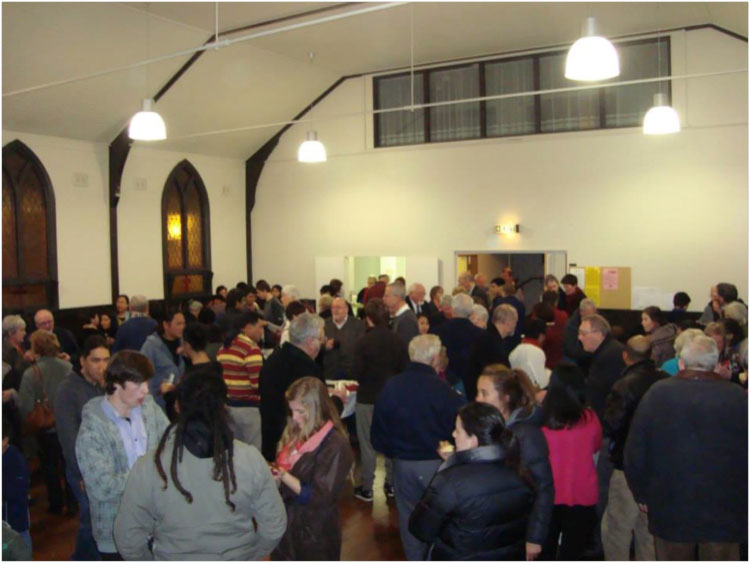 As the Philippine Embassy continues to strengthen people-to-people ties with New Zealand, Philippine Ambassador Virginia H. Benavidez joined the parishioners of Sts Peter and Paul Church at a commemorative Mass on 29 June 2013 in Johnsonville, Wellington to commemorate the life and 70th death anniversary of Father Francis Vernon Douglas who served as a Columban Missionary in the Philippines from 1938 to 1943. This was a culmination of a 3-day programme that focused on “Sharing the Good News of JESUS CHRIST” reflective of the life and mission of Fr. Douglas. As shared by the Parish of Sts. Peter and Paul, Fr. Douglas was appointed as missionary to the Philippines in July 1938 after he joined the Missionary Society of St. Columban. He served the communities in Laguna until 27 July 1943 when he was last seen being taken by Japanese soldiers who held him hostage and interrogated him. Fr. Douglas did not break the Seal of Confession and gave up his life refusing to answer questions from his captors regarding the movement of guerrilla forces at that time. In honour of the devotion and sacrifices of Fr. Douglas, the Columbans named a boys’ secondary school in New Plymouth after him and celebrate milestone events in his life and death. He is among the inspirational models of the Catholic church in New Zealand. 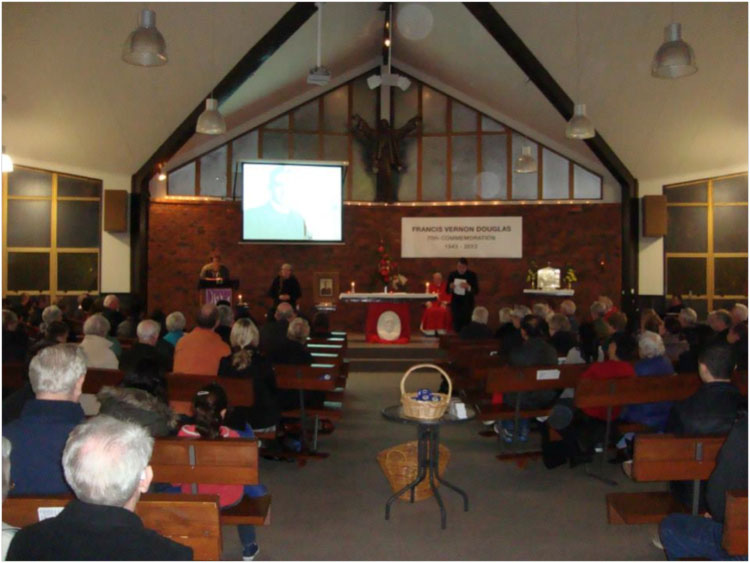 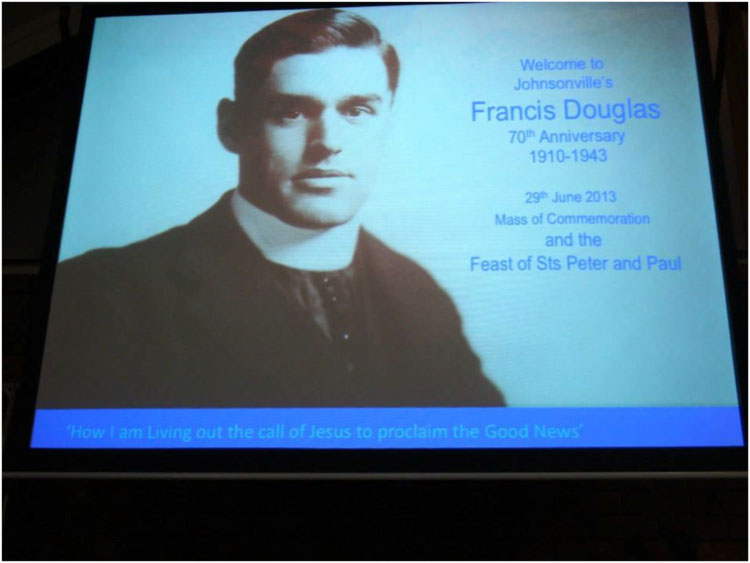 Fr. Michael Gormley, Superior of the Columban Missionaries in New Zealand and visiting priests concelebrated the Mass attended by the family of Fr. Douglas, parishioners from New Zealand, Filipino and other communities and the Philippine Embassy staff. The Filipino choir led by Mr. Caesar Capistrano provided the songs during the Mass. Mr. Rod Fabish and his Filipino wife, Evelyn, Organizing Committee, Sts. Peter and Paul Church, assisted in the arrangements for the Embassy participation. After communion and the play on the life of Fr. Douglas and the meaning of missions presented by the young people of the Parish, Mr. John Kleinsman, Commemoration Convenor called on Ambassador Benavidez to address the gathering.

In her speech, Ambassador Benavidez thanked the Parish of Sts. Peter and Paul and the organizers of the commemorative Mass for inviting her and the Philippine Embassy staff to participate in the meaningful event celebrating the life, sacrifices and contributions of Fr. Douglas whose missionary work as a Columban priest in the Philippines will always be remembered. The Filipinos’ and New Zealanders’ shared Christian faith strengthen the bonds of togetherness and spiritual connection as friends and partners. She highlighted the fact that “as a vital part of our nation’s spiritual heritage, the Filipino’s Christian faith is built upon and grows from strength to strength by, among others, the enduring work and sacrificial services of thousands of local and foreign missionaries, prominent among them are the Columban Missionaries who have been in the Philippines since 1929. This evening’s commemoration of the life and contributions of Fr. Francis Vernon Douglas is a fitting tribute to a faithful man of GOD who remained true to his vows, at the cost to his life, and who have done much in uplifting the welfare and well-being of his parishioners in Laguna where he served as a Columban missionary in July 1938. His invaluable contributions to saving the lives of Filipinos are incalculable and immeasurable and will remain engraved in our hearts.” Ambassador Benavidez gave an overview of the extensive work and advocacies of Columban missionaries in such key areas as parish apostolate, education and programs on inter-faith dialogue, justice, peace, environment and missionary work throughout the Philippines. As she stated, “the life, work and service of the late Fr. Douglas and the hundreds of missionaries all over the Philippines are among the best examples and concrete manifestations of the strong bonds of friendship, partnership, solidarity, understanding and goodwill we continue to enjoy with New Zealand. This brings to mind my favourite Maori saying “He aha te mea nui te ao? He tangata! He tangata! He tangata!” (What is the most important thing in the world? It is people! It is people! It is people!). Fr. Douglas certainly left a huge heartprint in the lives of the Filipino people, remembered and recognized, appreciated and acknowledged all through these 70 years and in the years to come.”

Ambassador Benavidez also shared with them the vital contributions of Filipinos who continue to animate churches, share the values of faith and family similar to those held dear by New Zealanders, enliven cultural festivities, enrich rural communities and are highly appreciated in every profession, employment level and entrepreneurial sector throughout the North and South Islands of New Zealand.

During the fellowship after the Mass, Fr. Gormley and the Sts. Peter and Paul Parish thanked Ambassador Benavidez and the Philippine Embassy Team for their presence and participation on this significant occasion.