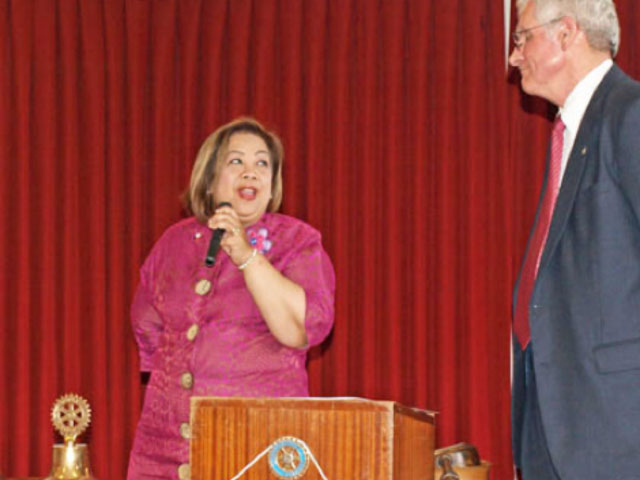 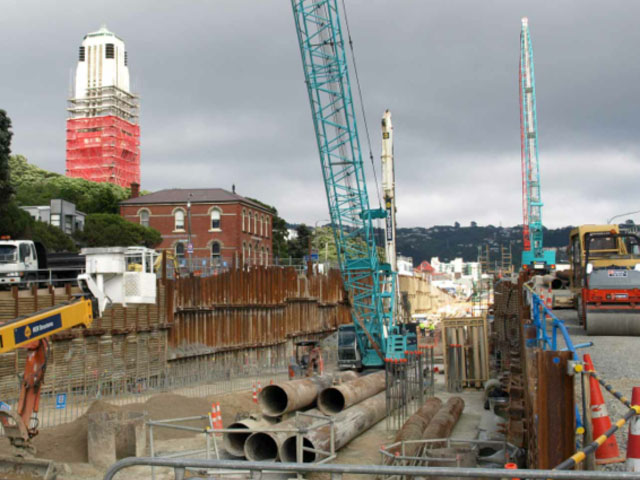 As the mounting groundswell of sympathy, support and solidarity for those affected by typhoon Haiyan in Central Philippines continues all over New Zealand, the Rotary Club of Karori, Inc. organized a fund raising walk through of the new tunnel trench of the Memorial Park from the Basin Reserve entrance on 24 November 2013 from 10 o’clock in the morning to 1 0’clock in the afternoon. With the support of the local Rotary Clubs, friends and the public, the event raised a total of NZ$4,000. Philippine Ambassador Virginia H. Benavidez was invited to the Karori Rotary Club’s meeting at the Marsden College refectory on 3 December 2014 for the presentation of the contribution to the Philippines’ disaster relief fund. She was warmly welcomed by Acting President Douglas Webb, the officers and members of the Rotary Club of Karori.

In her remarks, Ambassador Benavidez thanked the Rotary Club of Karori for the invitation to participate in their meeting and the opportunity to share with them developments in the Philippines in the aftermath of super typhoon Haiyan which unleashed its deadly wrath and dreadful fury in Central Philippines on 8 November 2013. As she pointed out, the severity, scale and magnitude of the disaster are unprecedented and unparalleled and the total devastation, terrible anguish and sufferings and tragic losses of lives are unimaginable. However, amidst the heart breaking scenes and the rubble and the ruins, there was humanity’s great outpouring of local, national and global solidarity, care and compassion, giving and generosity. “Filipinos at home and overseas demonstrated our time tested and proven spirit of “bayanihan” (volunteerism, coming together to help), working tirelessly, selflessly and sacrificially to alleviate the pain and sufferings in disaster stricken areas and the our people’s unshakeable faith in GOD, remarkable resiliency and steadfast hope proved far stronger than the biggest storm ever recorded and one of the worst tragedies that the world has ever seen. We see a country and a people deeply grateful to New Zealand, our other partner countries and governments, Filipino communities here and in other countries, multilateral institutions and donors, non-government organizations, individuals and friends all over the world who saw and felt the need and helped swiftly with generosity, empathy and kindness, Ambassador Benavidez stated. She also shared how Prime Minister John Key and the New Zealand government were among the first to convey sympathies, contribute humanitarian assistance and extend operational and logistical support and how outpouring, overwhelming and overflowing fund raising drives and support by the local councils, private companies, schools, media, civic clubs, individuals, families, churches, associations and organizations, celebrities, Red Cross, UNICEF, Caritas, Save the Children New Zealand, among others, and in every sector of New Zealand society continue to touch the hearts of the Filipino people. Ambassador Benavidez reiterated the deep appreciation of the Filipinos to the Rotary Club of Karori for its heartwarming generosity and keeping alive in words and deeds the Rotary Clubs’ commitment to Service Above Self. The donation will go a long way in giving a fresh start and a new beginning at a much better and happier life for the multitudes of Typhoon Haiyan survivors who fought so hard and so well to stay alive. It will also greatly help in the on-going reconstruction, rehabilitation and rebuilding in Central Philippines. 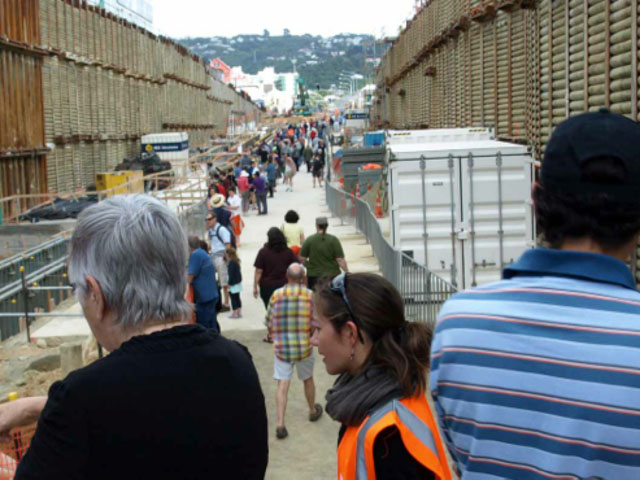 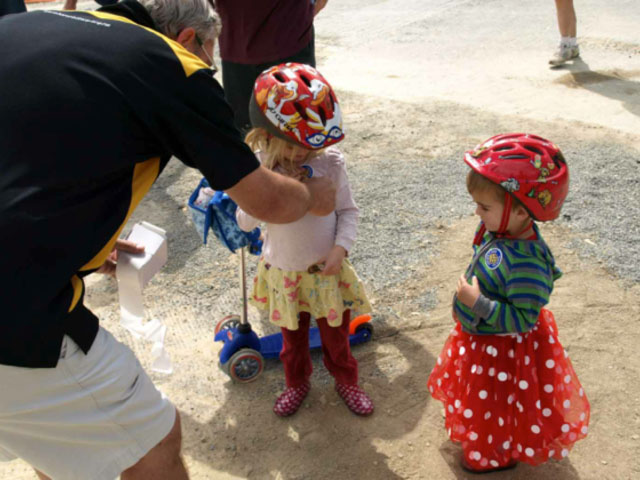 Acting President Douglas Webb called on Mr. Michael Fagg who organized the walk through fundraising event to present the cheque for NZ$4,000 to Ambassador Benavidez. As stated in the Rotary Club of Karori, Inc. Bulletin, “Mr. Fagg reported that there had only been 10 days’ notice for the opportunity to use the walk through as a fund raiser, but the scale of the Philippines disaster drew great support.” She in turn handed it over to Mr. Jeremy Spanjaard representing the Rotary New Zealand World Community Service which is undertaking urgent work and necessary assistance in the Philippines. As featured in the Rotary Club of Karori, Inc. Bulletin, “Mr. Jeremy Spanjaard, accepting the cheque, described the walk as a fantastic effort by Karori Rotary, attracting the support of the Rotary Clubs and the wider community.”

After receiving the Karori Rotary Club banner from Acting President Douglas Webb, Ambassador Benavidez thanked him for the graciousness and hospitality extended to her and listened to the highly informative and interesting talk on the New Zealand Symphony Orchestra by its CEO Mr. Christopher Blake. This was followed by a lively and interactive fellowship among the Karori Rotary Club officers and members and guests.

At the end of the meeting, Mr. Graeme Titcombe shared a quotation from Albert Schweitzer saying “The purpose of human life is to serve and to show compassion and the will to help others.” Ambassador Benavidez said that “this quotation from Albert Schweitzer captures exactly what we all do in our different roles and responsibilities as we pursue our respective GOD-given missions in life. Rotary Clubs as volunteer service organizations are shining examples of those making a distinctive difference and positive impact on people's lives.”